Service dogs, emotional support animals, therapy dogs, and working dogs have jobs. They benefit people every day through a myriad of functions. 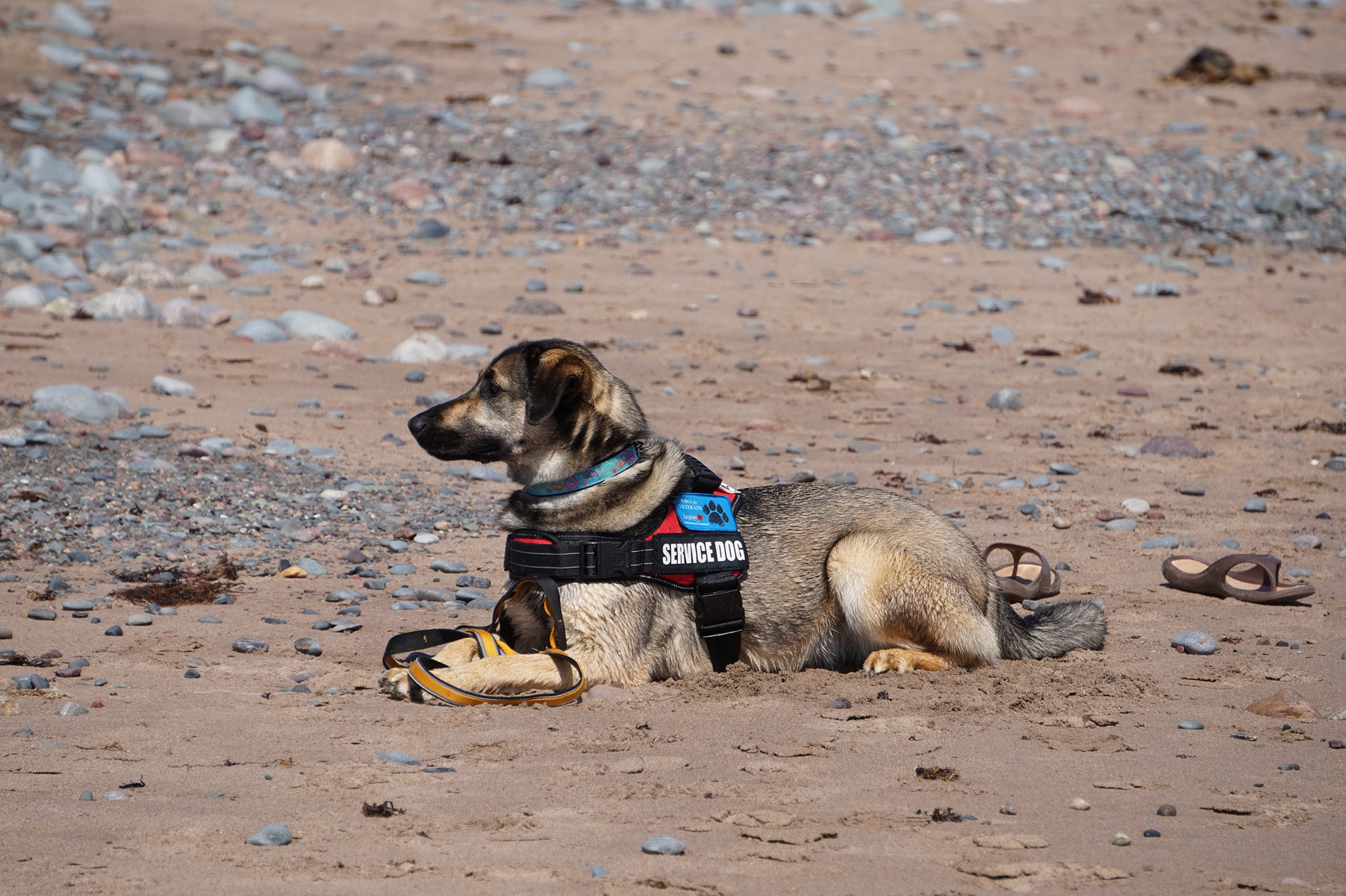 Service dogs are trained to assist individuals with disabilities with specific tasks regarding physical, psychiatric, intellectual, and sensory needs. Through the authority of the Americans with Disabilities Act (ADA), they are allowed to access all public spaces, including those that generally bar animals from entering. They are also permitted to fly in the cabins of planes under the Air Carrier Access Act and are permitted to stay in no-pet housing by the Fair Housing Act.

They are there to help an individual with a medical need and are not to be disturbed by other humans. A service dog often undergoes rigorous training so that they may help a person with everyday tasks such as walking, hearing, and opening doors. They may also be trained to detect and mitigate a medical episode. It is against the law to ask a person with a service dog about their disability, and it is illegal to pretend to have a disability to access an animal-restricted area with a dog.

A therapy dog or animal is one that travels between people in locations such as schools, hospitals, nursing homes, and other facilities where people may benefit from the company of an animal. They have a human “teammate” who takes them from place to place. Therapy dogs have to be comfortable with new sounds and smells and be able to provide comfort to those they are visiting. They must be well-behaved in social situations and often undergo certifications before being allowed in public spaces to interact with people. Therapy dogs are usually certified by a nonprofit organization.

Unlike service dogs and emotional support animals, therapy dogs are meant to be approached and touched by strangers, as this is therapeutic to humans. Therapy dogs help people who may not be able to have dogs as full-time pets. They have a calming presence and provide comfort to strangers. They often undergo training and licensing to be considered therapy dogs, but they do not have the same public rights to fly and enter other spaces like service dogs.

Working dogs are different from service dogs because they are trained to perform specific tasks not connected to the needs of one person. Functions for working dogs include search and rescue, airport scent detection, disease detection, and allergy alert. Dogs’ noses can pick up scents down to one part per trillion, making them stronger and more effective than any man-made device.

Search and rescue dogs perform rescues in the event of a natural disaster, as well as in treacherous snowy areas where skiers and snowboarders can get buried. They also assist officers in missing person cases by smelling an object and tracking down the owner’s scent. Dogs who work in disease detection and allergy alert work closely with a human supervisor to sense cancer or an allergen. Dogs have even been shown to sense early signs of a disease before laboratory tests can, including COVID-19 and certain cancers. Working dogs should also not be approached or touched on the job, as it can distract them from their jobs.

Can a Cat Be an Emotional Support Animal?

Can I Train My Dog to Be a Therapy Dog?

Therapy dogs must be able to handle many different people and unpredictable situations. They must be calm and approachable to virtually any person. Regular check-ups are also mandatory to make sure they are healthy while visiting people in various places. In order to be allowed in public spaces as a therapy dog, they may need to be registered with a therapy dog organization. The American Kennel Club has a list of organizations you can register a therapy dog through, as well as their own certification process.