Here’s how your companion’s ears, eyes, and nose work and how you can help protect them. 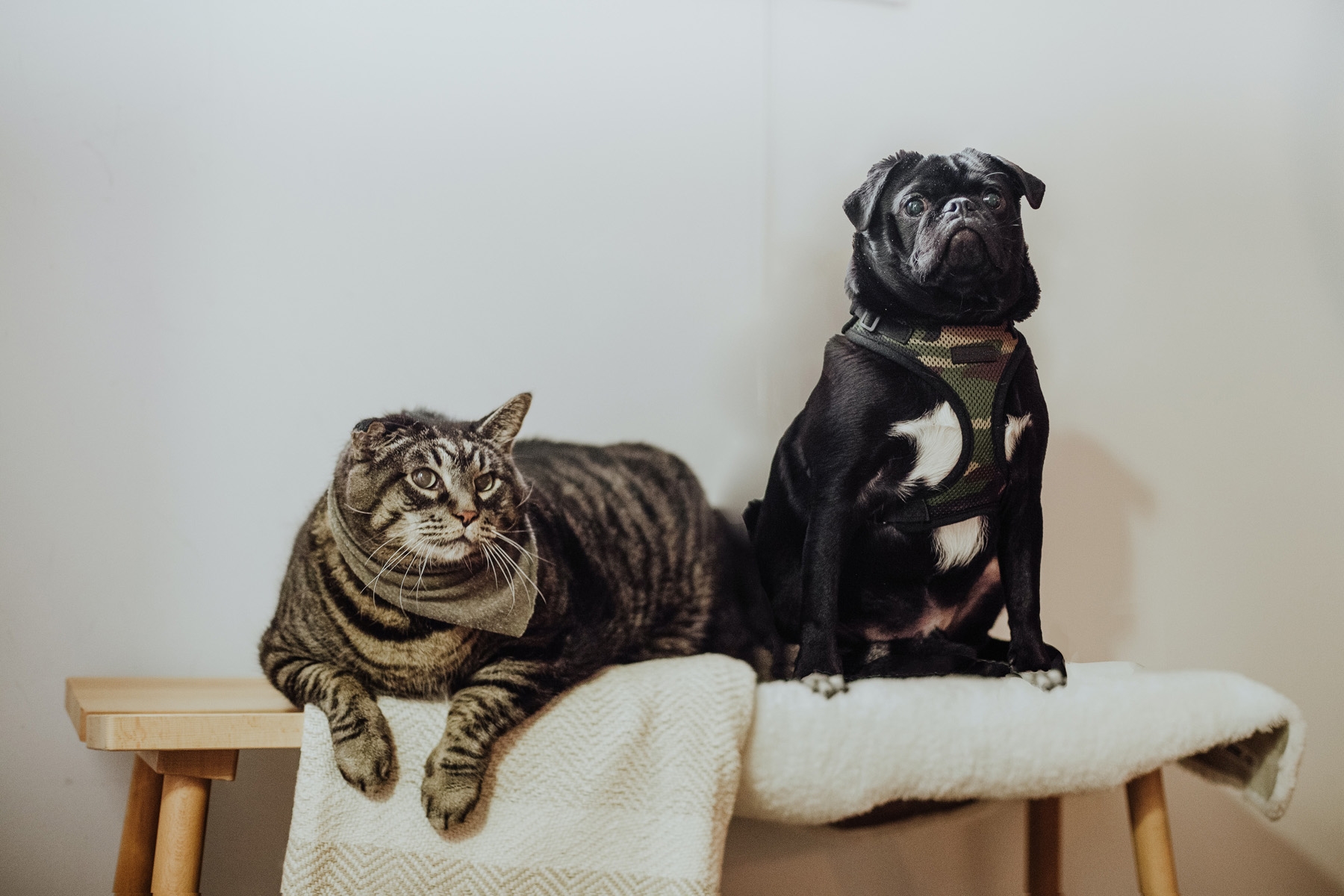 Dogs explore the world primarily with their noses. Their sensitivity to smells is much greater than ours because the part of a dog’s brain used to analyze smells is 40% larger than that of a human. They have up to 300 million scent glands in their noses, called olfactory receptors, compared with 5-6 million in humans. Their sense of smell is about 10,000 times stronger than humans and incredibly important for how they discover and explore the world. They can sense substances at concentrations as low as one part per million. This makes them great service dogs as they can smell specific human scents for special services, as well as human diseases. Additionally, their noses can separate the functions of breathing and smelling when they inhale with the help of a single flap inside their nostrils.

Dogs also exhale differently than humans do. By breathing out through the slits in their nose, they create a swirling pattern that simultaneously allows new scents to enter. Humans simply breathe in and out through the same passage. Their ability to wiggle individual nostrils at a time also allows them to pinpoint where a scent is coming from and track it down swiftly. They have an entire olfactory system that humans don’t have, allowing them to smell pheromones for mating. Using an additional organ in the back of their nasal passage called the vomeronasal organ, or Jacobson’s organ, they can sense the difference between a male and a female, and also detect where their mother is when they are puppies before their eyesight becomes stronger.

Cats also have more olfactory receptors than humans, totaling up to 200 million. Their sense of smell is not as keen as dogs’, but it is equally important for mating and survival. Cats can identify the gender of another cat by sensing pheromones in urine. They spread their individual scents with their paws and by bunting—rubbing their head on objects, including you. Bunting identifies you as safe territory for other family members. They carry their scent between their paw pads and mark territory by scratching.

Dogs can hear pitches 2-3 times higher than humans can, due to survival adaptations. Wolves and wild dogs need to hear the sounds small prey like mice make at high pitches, so they’ve adapted over time to develop exquisite hearing at that range and up to 15 decibels lower than humans can hear. This may explain why they “sense” someone coming to your door before you do—they may just hear the car pulling up before you can identify it. Dogs can also detect minute changes in frequencies and can hear up to one-eighth of a difference between a musical note and that musical note’s sharp.

Dogs also have muscles in their ears that allow them to move them in various ways. This is why they perk their ears up, and they can identify where a sound is coming from by moving their ears in the direction of the sound. Some sounds for humans can be very irritating to dogs when they include higher-pitched sounds that we can’t even hear. This may explain why your dog runs away or barks at the vacuum cleaner. The motor has a higher pitch that we can’t detect, but they can. It’s important to clean your dog’s ears regularly to remove accumulated wax and prevent infections.

Cats have a stronger sense of hearing than dogs. They can hear even higher pitches than dogs by up to an octave and their ears are structured to draw sounds in. They can rotate their ears up to 180 degrees to identify where a sound is coming from. While dogs can hear up to one-eighth of a tone, cats can hear the difference up to one-tenth of a tone. Some cats can be prone to ear infections, which can lead to hearing loss.

Cats’ ears also play a key role in their extraordinary balance. Just like humans, a cat’s vestibular apparatus helps then stay balanced. Cats’ ears have millions of tiny hairs and some fluid that moves when they do, allowing their bodies to respond and stay upright. This is what is responsible for the phenomenon that a cat always lands right-side up because they can adjust themselves mid-air using their vestibular apparatus.

A common misconception is that dogs are colorblind. This is not strictly true, but their vision is not as strong as human vision. We have more cones in our eyes that allow us to see a broader spectrum of color. Dogs see best at dusk and dawn because their low-light vision is strong. They have a reflective layer, called a tapetum, in the eye that makes seeing in the dark easier than it is for humans, which explains why their eyes appear to glow in the dark. They can sense small movements better than humans can because of their wider vision range, but humans can detect visual detail more clearly. It’s a little more blurred for dogs, but they are excellent hunters, especially at night.

Like dogs, cats have also adapted to see in dim light at dusk and dawn, most likely for hunting purposes. They have wider peripheral vision than humans, so their focus is not as strong as human eye focus, but they can detect slight movements very easily. Their irises contract and expand to control the light that passes through and allow them to see better in different light. They also have a nictitating membrane that controls moisture and prevents their eyes from getting too dry. Some people suggest that a cat’s eyes indicate their mood as well, with a dilated pupil showing excitement or intrigue, and a narrow pupil representing anger or distaste. Cats also have a membrane that reflects light, called a tapetum, which explains why their eyes appear to glow in the dark.

Cats are susceptible to infections in their eyes. Their pupils should be the same size, and if that suddenly changes you should contact your veterinarian. If their nictitating membrane is partially prolapsed over their eye, it may be a symptom of illness and you will want to call your veterinarian.

Be Attentive to Slight Changes

Smelling, hearing, and seeing are all important skills for dogs and cats. They have adapted their senses to provide them the best tools to explore the world. These tools need to be protected. Regularly check your pet to make sure their nose, ears, and eyes are not irritated or irregular, and contact your veterinarian if something alarms you. They can give you the best tips for how to care for your companion.