Dogs can sense different emotions and are drawn to happy reactions. 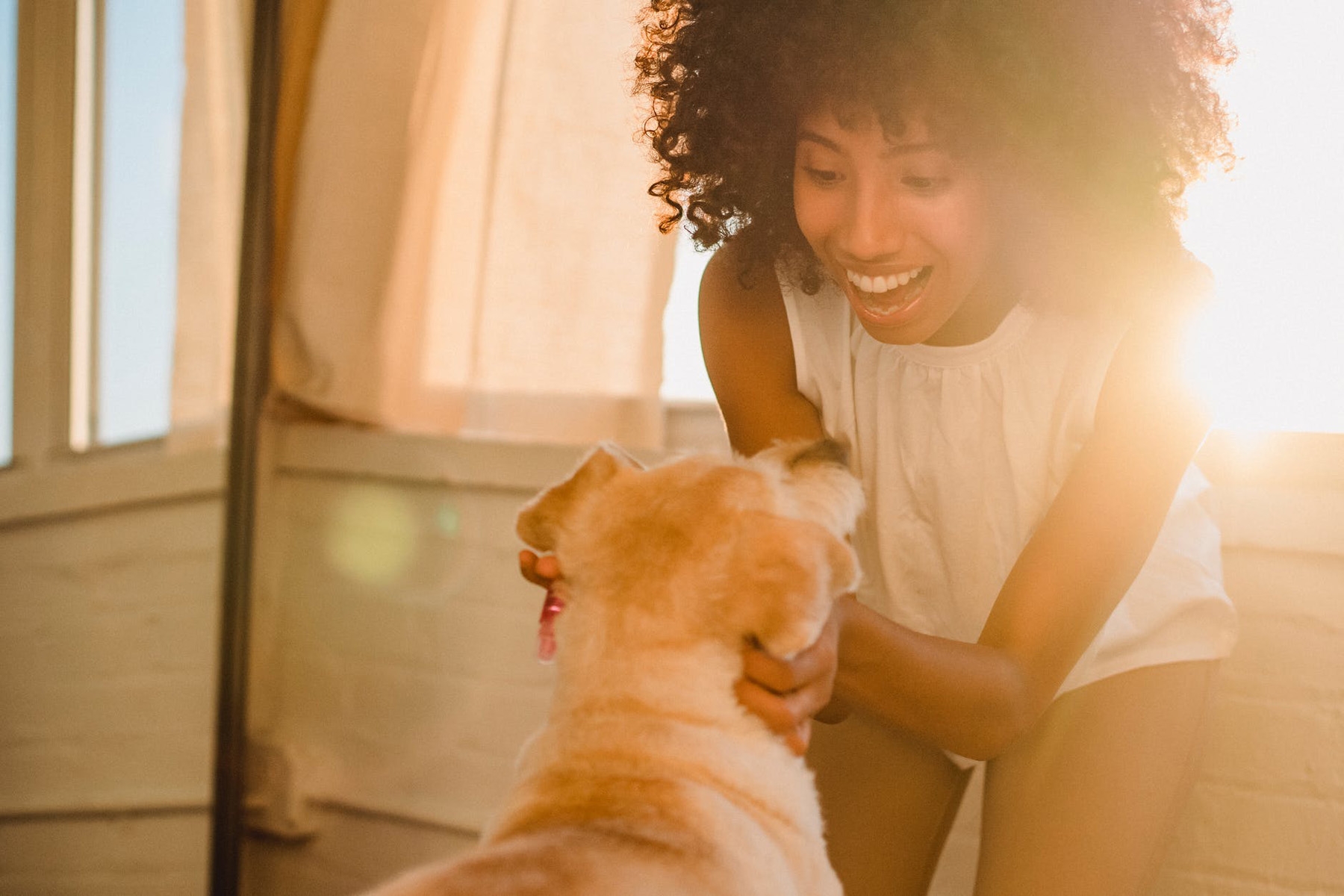 The relationship between a dog and their owner comes with physical health benefits for both of them, but this bond is also healthy from an emotional standpoint. Studies have found evidence that dogs can sense emotions and their interactions with humans can increase oxytocin levels. Oxytocin is a hormone associated with signs of trust and affection. Oxytocin levels can increase when one hugs or kisses a loved one. This so called “love hormone” also increases when humans make eye contact with their dogs.

Another study tracked the eye movements of dogs when they looked at photos of humans either smiling or frowning. The dogs were given either oxytocin or a placebo. The increased oxytocin levels heightened the dogs’ sense of affection, and drew them to stare more at the happier people. Dogs’ pupils may dilate in response to emotional reactions, particularly when they are sad, uncomfortable, or anxious. This was observed when dogs were looking at the photos of angry faces. In contrast, their pupils were larger when viewing happy faces.

These behavioral studies show that dogs can indeed sense human emotions. Their social cognition allows them to understand when humans are happy and angry, and they generally are more attracted to happy people. So next time you’re with your dog, make sure to look at them and smile. This can build a stronger bond between you, and they will be happy knowing you’re happy.